These are good things to remember

This editorial for our 2012 Remembrance Day issue examines some of the positive things we should remember from the wars. And yes, there are some. 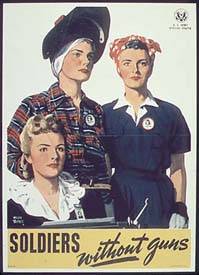 Remembrance Day is upon us, and with it comes the exhortation to remember.

But what are we to remember?

Do we remember the wars?

These things are good to remember. They are a reminder that Liberty may call upon us at any time for her defence, and that peace is a fragile and transient thing. “There will always be wars and rumours of wars,” said Jesus, pretty much nailing all of history in one short sentence. And as Chamberlain so ruefully proved, when faced with a true national evil, even appeasement won’t stop its spread, and sometimes war is necessary.

Do we remember the men and women who served in these wars?

The jobs and families left behind? The bone-wearing marches? The constant fear of swift and horrible death or disfigurement in the mud-filled trenches of an isolated countryside of some unknown country?

These things are good to remember. By remembering, not only do we honour the efforts of our veterans, we also remember that when called upon to do so, even the most unlikely among us may display unexpected heroic qualities.  In “Easter, 1912,” his poem about the Irish uprising, Yeats speaks of a man whom he’d always considered to be a “drunken, vainglorious lout” who “had done most bitter wrong/To some who are near my heart.” Yet despite his shortcomings, this same man fought bravely and valiantly in the Easter uprising, thereby earning a place in Yeats’ memorial poem.

Remembering our heroes reminds us that some of those old men shuffling around the streets and coffee shops, with a heap of war memorabilia at home, once faced conditions from which most of us would run screaming. That they looked death in the eye on many an occasion – and dealt out death an equal number of times. Perhaps even more important, we are reminded that we, too, could be called upon to give up a life of comfort in order to protect the things we hold dear, and it makes us wonder if we could.

Do we remember the destruction?

The cities laid to waste? The industries bombed out of existence. The millions upon millions of people ripped from their homes and killed in grotesque acts of barbarity?

These things are good to remember. Whenever Rhetoric burns too brightly for Reason to see clearly, the memory of war’s absolute destruction can prove a deterrent to hasty, ill-thought actions. So far, North America has escaped the full ravages of war, but with long-range missiles and terrorists wielding weapons of mass destruction, this reprieve could prove brief. When chomping at the patriotic bit, it doesn’t hurt to be reined in by the thought that the next war may tear through our own countryside, not some field across the ocean.

These things are all good to remember.

But if all we remember of war is the horror, then horror is war’s only legacy. Remembering the triumphs, the tyrants impeded, and the beneficial policies, laws, and organizations arising from these conflicts allows us to transcend the horror.

We should also remember things like the Meals on Wheels campaign, which began during the London Blitz and now stretches across the Western hemisphere, bringing hot meals to those unable to cook for themselves. The emergence of women into the workforce, and the start of a true equality between the sexes. The growth of anti-racism, after having seen the full ugliness of its face.

And of course, we should remember that feeling of victory, relief, and sadness that comes with the end of war, because it reminds us that however horrible they are – wars end.

But perhaps even more important is remembering the life-long bonds forged during war and still strong to this day. Remembering the reason why Dwight Small and so many others like him move heaven and earth every year to attend reunions where they can once again touch base with their brethren in arms. How many of the rest of us are as dedicated to the friendships we formed in our late teens and early 20s?

To the right are a few of the noteworthy interviews I've conducted.